Is Your Refrigerator Running…On Freon? But what is your refrigerator running on?

Older refrigerants, like R-22 and Freon, which are known to contribute to ozone depletion, global warming and increasing temperatures – making appliances work even harder – have been going through a phase-out process for a number of years now.

And the price tag to service and replace these refrigerants is meaning greater costs to homeowners.

What is R-22 and Which Household Items Use It?

R-22 refrigerant, also known by its chemical name of hydrochlorofluorocarbon 22 (HCFC-22), and chlorodifluoromethane are refrigerants commonly used in heat pumps, air conditioners and other refrigerants, and they are known to cause harm to the environment, including depleting the Earth's ozone layer.

Refrigerants like R-22 are used in appliances and systems commonly found around the home. Namely, a home's HVAC system is the one most commonly being relied on, especially this time of year.

Items that use R-22 include:


To see which coolant is being used in your AC or refrigerator, check the nameplate. The nameplate will provide information about your unit, including safety certifications and electrical ratings. Nameplates are typically located on the outdoor condenser unit, or you can contact the manufacturer to find out where the plate is located or what type of coolant is used in their products.

Refrigerants are compared by a value called Ozone Depletion Potential (ODP) and refrigerants having a higher ODP value are not preferred for use in everyday refrigeration systems that release gases into the atmosphere. The higher the ODP value, the greater the potential the refrigerant is to cause ozone depletion.

HCFC-22, also referred to as R-22, has been the most common refrigerant in residential heat pumps and air conditioning systems for decades. Throughout the 90s and early 2000s, steps to phase out R-22, though implemented, have hardly been noticeable. But with the grace period fast approaching – all refrigerant manufacturers must cease production of R-22 completely by January 1, 2020 – the pressure is on to find and implement alterative refrigerants.

As R-22 and other HCFCs are phased out, manufacturers of residential air conditioning systems are offering equipment that use ozone-friendly refrigerants. Alternative substitutes to R-22 include R-410A, which is manufactured and sold under various trade names, including GENETRON AZ-20®, SUVA 410A®, Forane® 410A and Puron®.

An additional substitute refrigerant for R-22 in residential air conditioners is R-407C.

But, the major drawback with R-22 equipment is that it is generally not compatible with gases other than R-22, which has meant big payouts for consumers to get general repairs and leakage repairs of machines still using R-22 as the refrigerant fixed. And, since the start of the phase-out nearly 30 years ago, the cost of R-22 has slowly been on the rise as manufacturers prepare to cease production altogether in just a few short years.

Another alternative option consumers have is to get their old air conditioners retro-fitted with new kits that use either R-410A or accept other refrigerants as the coolant. Or, to purchase a new air conditioning system that has been manufactured post-2010, which will mean R-22 is not being used as the coolant.

What You Need to Do Now to Prepare

It is important for consumers to talk to their home service contract company and understand the terms and conditions regarding what the contract they have covers and what the maximum amount they will pay in the event of R-22 coolant being used to recharge their HVAC system.

It is the duty of technicians to educate homeowners about the impending changes to the refrigeration laws, and to also suggest alternative ways to maintain HVAC systems in line with the current set of regulations in place. But that doesn't always happen.

As per the mandate, existing equipment that runs on R-22 refrigerant may still be serviced, including the replacement of failed components. Pre-charged components, such as condensing units produced prior to 2010, may be used to service an R-22 system that is in need of repair. Technicians and service providers who are up-to-date with the regulations will be in a position to educate homeowners about the options available to them in case they are in need of repair for a system using R-22 refrigerant.

Normally, an R-22 recharge would only be required if the HVAC system is aging, or if there is a leak. Under such circumstances, it is up to the technician to assess the exact cause of the problem and to educate the homeowner about the different ways of getting it fixed.

With the prices of R-22 frequently fluctuating, it is important that technicians estimate the approximate costs homeowners will incur for services to recharge. With production being curtailed on a yearly basis, customers using R-22 equipment do not have a choice but to bear the brunt of spiraling prices and the cost of services.

With changing regulations on refrigerants and the decision to phase out R-22 by 2020, it is important for homeowners to plan ahead.

Here are the key next steps you should take to prepare for the phase-out of R-22:

Want to save $100s on a home warranty? Get a quote and see what's available today. 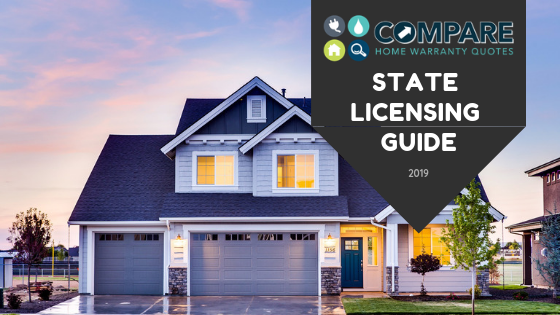 Home repair apps are making it easier to visualize how home repairs will look—all before homeowners get started. Homeowners insurance and home warranties, which covers what and to what extent? This is a question every homeowner should ask ahead of actually needing these sources of home protection.

Home repair apps are making it easier to visualize how home repairs will look—all before homeowners get started. A “regulated energy market” refers to the certain rules in place of how consumers receive and pay for their power. Is your state regulated or deregulated, and how can homeowners save in either market? Find out here.

The Lifecycle of a Light Bulb